The two most important elements in marketing are claim and proof.  It’s how you build businesses. Simplified and organized, this claim and proof approach is the foundation of branding.  One claim, three support or proof planks.

One of my kids just graduated college and is on the interview circuit. Loaded for bear, somewhat unfettered, he believes a willingness to work hard, learn and focus on achievement are the qualities that will land him a job. He’s not wrong. But these things sound like your average cover letter. When shared face-to-face over a desk, they are a bit numbing.  My suggestion was “don’t forget the proof.”  Follow up each claim with examples.

This is what marketers often forget.  More often than not marketers and their agents remove proof so they can shoehorn in more claims. It’s claim-apalooza out there. All theater, exposition, and context – no proof.

When a job seeker organizes what s/he wants the interviewer to know about themselves and sells it with stories about real event it can be indelible.  Same with brand building. When the dude jumped out of the capsule up in space and free-fell to earth while drinking Red Bull (JKJK), he evinced an energy rush second to none. 10 million media impressions be damned. That was a powerful moment of proof. Peace.

Branding. Where To Start. 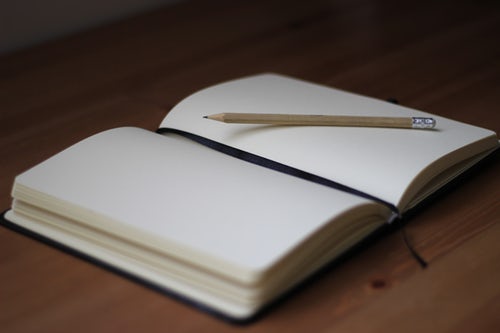 I am flagged as someone who answers questions about branding on Quora. Most questions are from tyro branders.  “How important is brand marketing? How can I promote a Balsami rice in a local market?  When an interesting question comes up, I jump. I love furthering the science of brand strategy.  It’s a most human science.

Just as amino acids are the building blocks of protein and muscle, brand strategy provides building blocks for successful brands.  Finding a product’s best features and most desired features is the brand strategist’s way forward. If you can’t find the best, most desired features, you are working on a bad product.  Fix the product. Period. Re-cut the bait. Find new bait. Don’t mess with a bad product.

If I say Las Vegas shooting you know what I mean. If I type “Las Vegas sh..” into Google, it auto defaults. In 5 years if I say Mandalay Bay Resort and Casino are you likely to think of the same carnage? Hopefully not.

The words “nine one one” have a very different meaning than the words “nine eleven.” Words high-jacked by violent human and natural disasters affectively become brands. Disaster brands. There aren’t going to be a lot of babies named “Sandy,” for instance, on the south shore of Long Island for a long while. Columbine, Pulse Nightclub, the list goes on.

Disasters are happening more and more in our society. And how they are propagated and recorded in history are mostly determined by the media. If the media overuses Mandalay Bay as shorthand for the Las Vegas massacre, it will completely ruin that brand. As of now, it’s still a tossup whether Mandalay Bay can last as a brand.

Media people tend to favor location-based naming. Yet even that can put a blight on a community, read “Amityville, Horror.” Sandy Hook has etched it name into our collective minds…and the school was torn down. Newtown, CT the location of the school is slowly healing as a disaster brand.

I don’t know the answer. I just want to suggest a more sensitive approach to creating names for these violent disasters.