A note to Sherwin-Williams.

Amazon’s next, next business.

Amazon’s next, next business.

No one has to tell you Jeff Bezos is smart and that Amazon is juggernaut to end all juggernauts, but this quote points to a market research revenue stream that will be a new business for Amazon. One smart big-data nerd with some UI chops is going to create an algo and process to tap, parse and quantify sales, comments, and loyalty behavior that few, if any, companies can match. And it will happen at Amazon.

Have you ever tried to purchase data from IRI, Mintel or Euromonitor?  It like ten grand.  Since web companies like to give it away, why not do so with market research? There are crazy amounts of data available to Amazon and SMBs are data-starved. I was kidding about giving it away, but only a little.  With a low price point for qual and quant, Amazon can build $100M business in 12 months. And it will grow and grow.

Remember when Sabre (American Airline’s ticketing system) became more profitable than their fannies in seats business? Of course you don’t.

This will take some work, however. Have you ever sold consumer products on Amazon’s and been inside its data portal?  Oy. OY.  It’s like Excel clones from another planet. Think one man with one pick looking at the side of an ore mountain. Even so, the data opportunity is impressive. Especially aggregated category data.

Data waiting to be mined has got to be Amazon’s next business. Fergus O’Daly, a smart mentor of mine, once said about marketing “nothing happens until somebody buys something.” There’s a whole lot of that going on at Amazon. Peace. 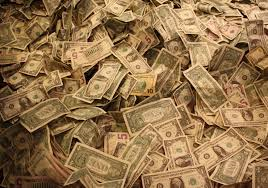 Many business evolutions these days come from product or service improvement or product or service disruption. Disruption, as a term of art, began as a meme and book title in the ad business. It meant stop consumers in their tracks – challenge the messaging roll, if you will. Then disruption moved on to productization and product development. Charlene Li and Altimeter Group go on about how disruption helps develop and corner new markets.

Whether improving or disrupting, it’s likely you are looking to “innovation” to deliver the goods. Remember the term R&D? Research and development? That was a common business function; a year-over-year line item on the annual budget. Especially for larger companies. The mega companies still have R&D groups or facsimiles hereof but most companies these days find it more economical to seek “new ideas” from hired innovation companies: boutiques, workshop groups and consultants.

Innovation is being outsourced.

At the higher end, these innovation engagements can cost hundreds of thousands of dollars. What I call sloppy money. This ain’t agile. You can call Accenture Interactive in to solve your banking problem, but it’s not likely to be any different than the problem that existed in the 70s. Just with an interactive twist. If you must outsource your innovation, it’s best to start with a smaller outside team –a more manageable team. A team with more to gain with a business win. Not an army.