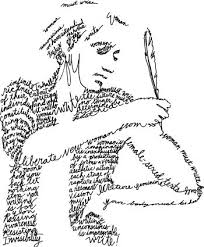 I know it may be sacrilege but I’m not the world’s biggest Beatles fan.  The Stones were my thing growing up. Perhaps less controversial, I was not a fan or follower of Queen. So shoot me.  But let me say this, having seen the movies “Yesterday” and “Bohemian Rhapsody,” I am a big Kool-Aid drinker now.  Could it be that I’m older and more accepting — more Zen-like? Maybe.  But the amazing backstories and cinematic storytelling driving those two movies turned everything for me.  In fact, I went to the see “Yesterday” thinking I wasn’t going to like it — the trailer not being its greatest sales piece.  In both cases the movie-making craft, the backstory was brilliant.

Those in the business of selling things and building brands need to understand the craft of backstory.  Not just story. But contextual backstory. If we jump straight to advertising, you might correctly argue it’s hard to do backstory. Especially in a :30 spot or page of print. But the good ones try. And the good ones can deliver deep context quickly.

If you want to convince someone of something new or change their opinion of something old, you can’t spend your time selling. You have to deliver some humanity. Some subject empathy. True thought stimulation. Make the viewer a participant, not a consumer. That’s what backstory does.

An acute ear and silken tongue.

Steve Poppe - April 30, 2010
0
Good account planners have the ability to read data and see patterns. They see holes in the market that can be filled by behaviors...