Healthcare Evolution from a Planner’s Perspective.

Two nights ago, my Uber driver told me about an island off the coast of Maine — Vinalhaven was its name — that indexed higher than any place in the country for diabetes. Apparently, there was a little bit of in-family diddling back in the day-day. Island people! The island became a renowned area for diabetes research.

The brand planner in me is reminded that studying discrete geographic areas and cultures can pay big dividends.

I’m a big fan of healthcare brand planning. As we look at healthcare on a broad scale, it helps to first look on a smaller, more controlled scale. Population health is big these days and as data is collected in health problem hotspots, say lead poisoning among children or breast cancer among women, we gain a clearer picture of possible causes, AKA epidemiology.

There’s a regional healthcare organization in North Carolina called Novant Health. Anecdotally, I hear them to be a very connected, integrated provider. Their goal is to consolidate on a single Electronic Medical Records platform and share information seamlessly across many practice areas. When an organization fulfills the promise of complete integration it becomes easier to study. And data becomes more valuable.

Just as Charles Darwin developed his theory of evolution in the discrete geosphere of the Galapagos Islands, healthcare providers can evolve quality when parsing data across a tighter population.

When (and if) we move to a single payer healthcare system it won’t be long before we standardize and coalesce record keeping, thereby driving cost and inefficiency out of care. We will also become better planners. 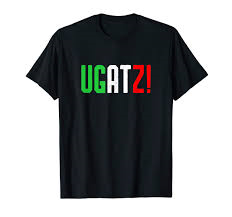 I worked on the North Shore-LIJ Health System brand strategy about 20 years ago.  Today North Shore is called Northwell Health.  If I did my job correctly, the brand strategy should still be valid.  From everything I’ve seen, it is.  In fact, three ads agencies later, even with a professional yet rudderless ad campaign in place and a goofy tagline (Look North), I still see evidence of the original “system-centric” brand strategy. Some popping up anew after many years.

As someone who follows health system brand strategy, I recently came across one (it will remain nameless) for a which brand campaign was launched last fall. On the agency of record website this is what was said about the goals:

“Integrated creative campaign that would increase system brand awareness and build a positive perception of the organization among the ____ community.”

I kid you not.  Awareness and positive perception.

The resultant advertising is beautiful.  Shot in black and white. Great casting. Lovely videography, maybe even cinematography to keep the quality and price up.  But idea?  Ugatz! Strategy? Ugatz!

What gives advertising a bad name is freeform creativity without an endemic category goal.  The best creative directors want to accomplish something. They want to tell a story. They push for brand strategy.

Healthcare system branding still has a long way to go.

Every Brand is Exciting.

The first big brand for which I developed strategy was the North Shore-Long Island Jewish Health System, affectionately known as NSLIJHS (just kidding).  It was indeed a doggy’s dinner of words. But if you knew North Shore University Hospital or Long Island Jewish Medical Center, you understood their deep roots in the community. The initial logo was a combination of the two marks – evidence that there was no one in power at the branding helm.  It took a few years to get the name to North Shore-LIJ Health System, which is how employees referred to it. And today it’s called Northwell Health. The latest name is kind of growing on me but was a mistake. Heritage is important.

When first introduced to the system I thought healthcare would be a poor marketing battlefield. I was quite wrong. The human psyche what it is, and man’s will to live being so powerful, it turned out to be a spectacular brand planning laboratory.

Bariatric surgery. Women’s health. Obstetrics. Cancer. And the gestalt of a healthcare brand sitting atop of everything – more chances to grow than the Fertile Crescent.

The fact is, all branding categories are fertile if you dig in. Why? Because people have feelings. Sure, toothpaste decision aren’t life and death but they can be important. It’s our jobs to make them important. Small and midsize companies don’t always see it that way. They should. People make this job interesting.

In Mark Ames important Pando article “Shillers for Killers” he states tobacco killed 100 million people last century and is on track to kill another billion this century. The point of his article is that PR and third party advocates have greatly furthered tobacco’s cause – the shillers in the article’s title.

It was announced yesterday, CVS Pharmacy has decided to drop out of the Chamber of Commerce because the Chamber is against anti-smoking efforts outside the U.S.  This is freakin’ weeken’ awesome. Que huevos?

When CVS made the decision to drop butts from its store a while back, it no doubt calculated the loss of revenue. But the CVS brand idea “Health Means Everything” means nothing unless they walk the walk. And CVS has walked the walk. These are not only a brand strategy moves they are big ass, newsworthy proofs of claim.  And the payout over time, will way exceed the loss of a million Marlboro Lights sold.

The reality is, Walgreens and others will follow but CVS is doing the hard, dirty work and breaking the new ground. And they will continue to I suspect. The leadership at CVS and the head of marketing/public relations should win the 2015 Ad Age Marketer of the Year Award.

The new advertising for Memorial Sloan Kettering has great potential yet under-delivers. The idea or promise is “More Science. Less Fear.” MSKCC the CC stands for Cancer Center) is known for its best-in-class cancer outcomes. If ever you have a chance to speak with someone who has been treated there, you know that they understand the science. Intimately. So the promise (brand idea) is dead on. But if you read or listen to ads on the radio you get no science. You get generalities. “We treat every cancer patient differently.” We us a team of specialist.” Flah flah. I was doing ads like that as a kid.

I’m not sure where the breakdown is. MSKCC has the proof. They have the science to educate consumers – they just don’t seem to use it. Perhaps they believe we’re not all science majors and won’t be able to process the info. Not so. The narrative doesn’t have to be in chemistry 401 language.

Branding and advertising is all about claim and proof. MSKCC has the claim…it’s the proof they’re having difficulty with. Proof of more science, should be the easiest part of the equation.

It will get better. There are smart people at the helm. Peace.

Big data is everywhere. The top three areas I’ve seen it taking hold are: education, healthcare and marketing. On the marketing side, IT budgets used to be the provenance of the LAN, WAN, hardware and software guys. Now that money is controlled by the marketing peeps. (What good are wires and iron, if you can’t do something smart with them?) As for education, we’re on the cusp of using data to better learn how to learn. Or teach, i.e., individualized lesson plans based upon a student’s learning style or where s/he is on the learning curve. Once we figure this out, thanks to data driven assessment and some smart pedagogy, we’re on our way.

But nowhere is big data to be more impactful than it will be in healthcare. EHRs (electronic health records) also known as ISIL, I mean, EMRs (electronic medical records), are the next big platform battle. As is the case in free enterprise societies, new technologies often develop sloppily. That is, without a clear cut winner to start, the market is like a burlap bag full of cats. In my area of NY, there are 30 electronic health records companies serving physicians, hospitals and labs – very few of which speak to one another. It’s messy. And with the Affordable Care Act facilitating the need for EHRs, the battle is only now starting to occur in earnest.

Data done well will turn all doctors into good doctors. (Question: Do you know what they call a physician with a C average who graduates med school? Answer: Doctor.)  Big data in healthcare has the ability to make healthcare in America the envy of other nations. Right now it is not. These are exciting times and when the politics wear off, we’ll start to really see some wonderful outcomes. Great docs and great data will make for great patients. And that’s a home run. Peace.

The headline above is the tagline for the extraordinary Brigham and Women’s Hospital, or so it appears on advertising and the website. It reflects a tripartite brand strategy. Maybe 4-partite if you define “giving” two ways. Most hospitals don’t really get branding. They understand the need to fill beds, increase revenue and improve reputation, but don’t really know how. So they establish a marketing board, fill it with retirees who once worked at Clairol, and raise money for an ad campaign. Someone at the new ad agency writes a poor brief and a lazy ad pops out about the latest treatment, a survivor story or an award. All tied up in a tidy little tagline like Life. Giving. Breakthroughs.

Taglines are claims. Claims that meet at the intersection of what a brand is great at and what consumers want. If you take the periods away from the Brigham and Women’s tagline the strategy is about breakthroughs. Not a bad place to be if you can prove it. New York Presbyterian’s line “Amazing things are happening here” does a better job of making this claim from a poetic sense. But again, the strategy only works when you prove it by sharing amazing things.

Healthcare, which makes up 18% of the GDP, is the consumer category that needs brand strategy the most yet employs it the least. Here’s a tagline and brand strategy that work. Tell me if you know the brand. “The best cancer care anywhere.”