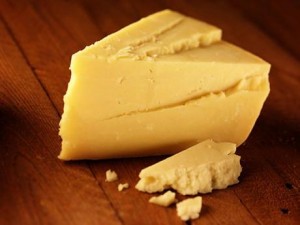 There’s been lots of online chatter about the expected announcement today of Facebook email — and how it might kill Gmail. It won’t.  There are a lots of Gmail fanboys. It will, however, hurt new accounts and current usage among Millennials, teens, and tweens. But the really big news is that Facebook email will be a crazy money maker.

It is reported that 1 in 4 ads displayed on the web are Facebook ads — with 1.28 trillion banners ads viewed in the 3rd quarter of 2010 alone. Dude!  That more than TV, radio, and OOH combined (please don’t fact check, I just made that up). That is a lot of impressions.  If Facebook’s email — through which users will have personal email accounts  (spoppe@facebook.com) — takes off, I smell another trillion…give or take.  That’s some cheddar.

Debate all you will about the integration of web applications into the Facebook email product (Microsoft, Google Docs, Mobile, Enterprise, etc.) and its revenue implications, this puppy is going to be an advertising breakthrough.  Privacy will be a major issue of course. Think about it, if I send an email to a friend about a camping trip (That camping trip joke never dies, thanks Jed) and the recipient gets an REI ad, it’s going to be an issue.  But that’s a story for next month. There will be lots of chatter and lots of cheddar coming off of this announcement. Whoo. Peace!

The online world is all abuzz about priv-ah-see. There’s a new icon that will be appearing on social sites soon that will allow visitors to turn off tracking software, making it harder for advertisers to target users based on behavior.

Salesforce.com, a business software package growing faster than kudzu in Georgia, is an information gathering tool that lets corporations track their salesforce activity so that if a sales person leaves the company their records, communications and contacts don’t too.

Twitter.com plans to monetize by placing ads or links based on the likes and dislikes of its Tweeters. Instead of Burger King placing ads on Epicureous.com they will soon be able to place them among Twitter followers of Eddy Curry, the New York Knicks center with the penchant for caloric foods.

What’s the life expectancy of a single 55 year-old man who buys a 16 oz jar of hi-test mayo every 2 weeks along with his weekly ration of 3 steaks, 2 sticks of salted butter, 4 cans of beans, lb. of baloney, a box of microwave Orville Redenbacher, 30-pack of Bud Light and a carton of smokes?  Good question.  If you were said man’s insurance company this info might be worth a million dollars.  If you were the HR person at a company thinking about hiring this gentleman, it might be worth tens of thousands of dollars. Purchase price for that that data? Probably pennies.

Privacy huh.  As more and more personal information is collected about buyers and sellers, marketers are being offered toolsets that help them sell more efficiently. More predictably. More accurately. It can be a good thing –but needs monitoring.   I’m no card carrying member of the Electronic Freedom Foundation but I do believe in their work.  I also think that the EFF and others like them will be playing a huge role in our lives over the next 20 years.  Were they offering a stock, I’d say buy.  Privacy is going to be very big business…because the lack of privacy already is. Peace!

It was fascinating to learn that Facebook’s privacy policy is 1,000 words longer then the U.S. Constitution. It seems nation-building back in the day was easier than signing up for a social network today. The average novel is 80,000 words; the Facebook privacy policy is close to 6,000 words. They want us to read a bit less than 10% of a book to sign up.

I’m guessing only about 1% of the population has ever read a Terms and Conditions or privacy policy document and that percent probably passed the bar. (I was once responsible for Ts and Cs at a company and it was truly an exercise in plagiarism, with a lateral to a lawyer.)

Privacy policy needs to be opt-in, not opt-out.  That is, users must click with whom and what they want shared. A manual Opt-In selection.  This makes it so everything starts out as private and users and info to be shared must be selected. Right now everything is pre-set for share and you must deselect. Opt-Out. The Op-In approach will likely make advertising and data sale more effective and targeted. Of course, there will have to be incentives built in, but that’s the way it goes.

As I said in a post a couple of days ago, the decisions Facebook makes today on privacy will determine if they become the world’s first trillion dollar company. No pressure there. Hee hee. Peace!