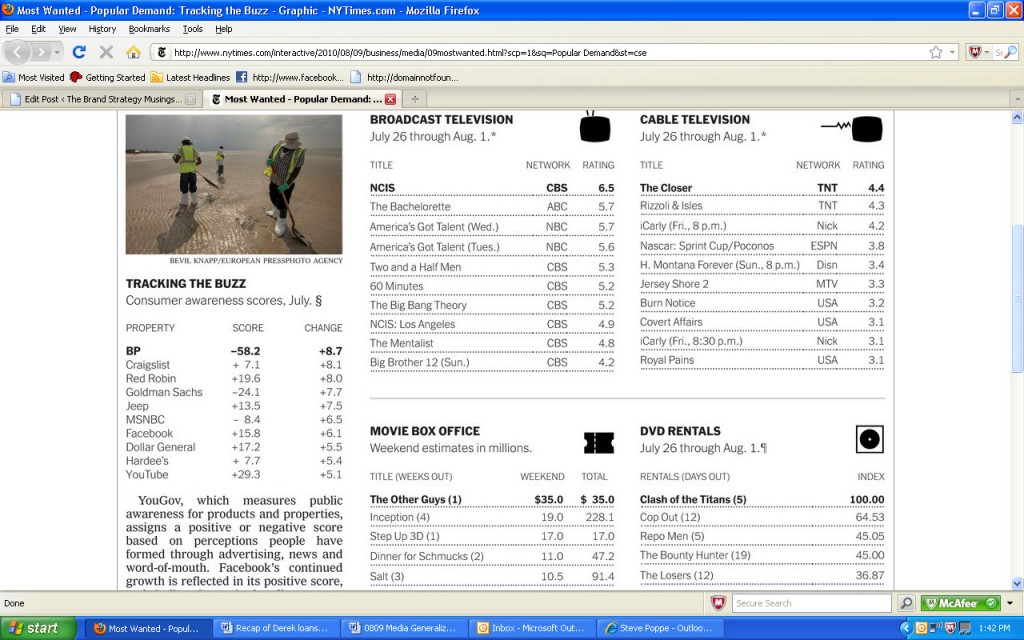 I participated in an exercise a couple of years ago and thought it might be worth doing again.  There’s a weekly report in The New York Times called the Most Wanted which cites the best read, best watched properties and programs by media type. A glaringly obvious clustering by demographic occurred when I did it the first time and it seems things haven’t changed much.

Broadcast TV is watched most heavily by Boomers and the demographic just younger. Cable TV is watched by Boomers and young kids.  Kids and Millennials go to the Movies while DVDs are mostly rented by Gen X and Y, skewing males, with a little less money to spend. Magazines are read by those with higher household incomes and people who tend to be older – say 40+.  And Music Albums are being purchased mostly by white kids young and Millennials, while music downloads favor youngish non-whites and whomever likes Katy Perry.

Am I a media agency’s nightmare or what? Peace.