Poor, poor New York Knicks.  They own and play in the world’s most famous arena.  They’re backed by a smart company that has more money and love (for them) than are most sports franchises, but when it comes to marketing they can’t find their fanny with their hands. 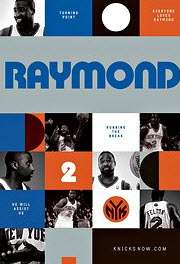 Co:, a new marketing company formed by Ty Montague and Rosemarie Ryan, most recently of JWT, touted the Knicks as one of their first clients.  How’s that coffee smell y’all?  What a mess they stepped into.  Today’s New York Times reports the new Knicks adverting effort is a five agency ass-grab, sans an idea.  Co: has really taken a small role, according to the article, with only a limited mention.  Stuart Elliot, the Times advertising writer, suggests the idea is “You. Us. We. Now.”  Is that an idea…or four? Is there an acronym for Cry Out Loud?

Everyone interviewed in the article says the wrong thing. The story suggests tactics-palloza  — and there is a focus on “fan engagement” that is well-intended but laughable.

Last year the Knicks idea was “Declare.”  What they meant to say was “Represent” but that, I’m sure, was a bit too urban.  How can you be urban and not urban in one word?

The creative this year focuses on the players because they are all new. Lazy. It should be focusing on the basketball void that has been NYC for years. Hear that sucking sound?  If you want some hoops in NYC this year get your shoes out to Carnesecca Arena. Peace!

Steve Poppe - August 9, 2011
0
Under Armour is introducing two new sneaker designs (May I call them sneakers?) this week in an attempt to increase its share of the...