One of the most exciting yet scariest jobs in the world is probably CMO of the Magazine Publishers of America.  The MPA is an association funded by competing print and online properties that fight one another harder than the GOP and Dems at holiday time.  To say the magazine business is changing would be an understatement.  But to a great extent, it is also staying the same.  All that’s changing is what’s delivered and how.  Brilliant photo journalism is still required but now must include video.  Great writing, analysis and thought leadership still win that day – but there is a lot more competition (bloggers) and algorithmic noise.

Readers twitch more today than ever before, requiring magazine publishers to anchor them to their sites.  And advertises, the lifeblood of the magazine business, are becoming enamored of publishing and content creation. And don’t forget magazines are made from trees, not a particularly forward thinking resource. (Though probably more renewable than circuit boards.) 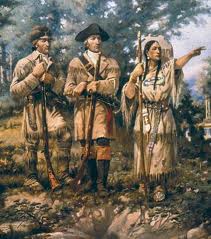 Herding the powerful magazine cats out of the marble hallway is a challenge. It requires someone who has more power than the cats themselves. Someone who commands respect. Probably not an ink-stained patriarch, but someone with mad vision. Someone who can see beyond the dashboard. Who the Lewis and Clark is?   If you thought being CEO of Yahoo was tough, keep your eyes on this search. Peace.

Steve Poppe - November 19, 2010
0
How does a brand idea cross the silo chasm?  It’s doesn’t always.  Matching luggage is creative term for creative that travels nicely from media to...