Back to the future – here we go. Here’s a thought on the evolution of technol-oyee, as my old friend Tom Wan used to call it when he first came to the states: hardware begets software, begets devices, apps and now, drum roll, chips. 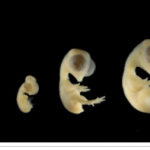 There’s a scientific theory of evolution called ontogeny recapitulates phylogeny. It means that the entire evolution of mankind can be seen in the development of a two cells coming together to eventually form a baby. One cell, two cell, reptile, bird, mammal, man. Pert cool. Anyway, if you follow the hardware, software, device, app and chip advances serially, it takes you to the Internet of Things (IoT). And the IoT is going to need lots of chips. Back in the 90s, chips were also the haps. They had names like The Hobbit and made by important companies like IBM, AT&T, Qualcomm and Intel. The latter kicked some earnings ass until it missed the boat on the ontogeny of tech. Yesterday Intel announced it is buying their way back back by agreeing to buy Altera. IBM is getting back in the chip biz as well having also made a recent purchase. Will Google, Apple and Verizon be far behind?

Chips fab plants are not inexpensive to develop. Start-ups beware.  They require lots of energy and water. Feel me? These plants, at some point, will need to be in the states (don’t ask) so for the IoT to happen, the last of big business moves in chips have not happened…by a long shot. Invest a shekel, make a few.

Steve Poppe - October 26, 2016
0
HGTV is a hot property on television right now.  I say this not because I’m reading the ratings but because I often speak to...