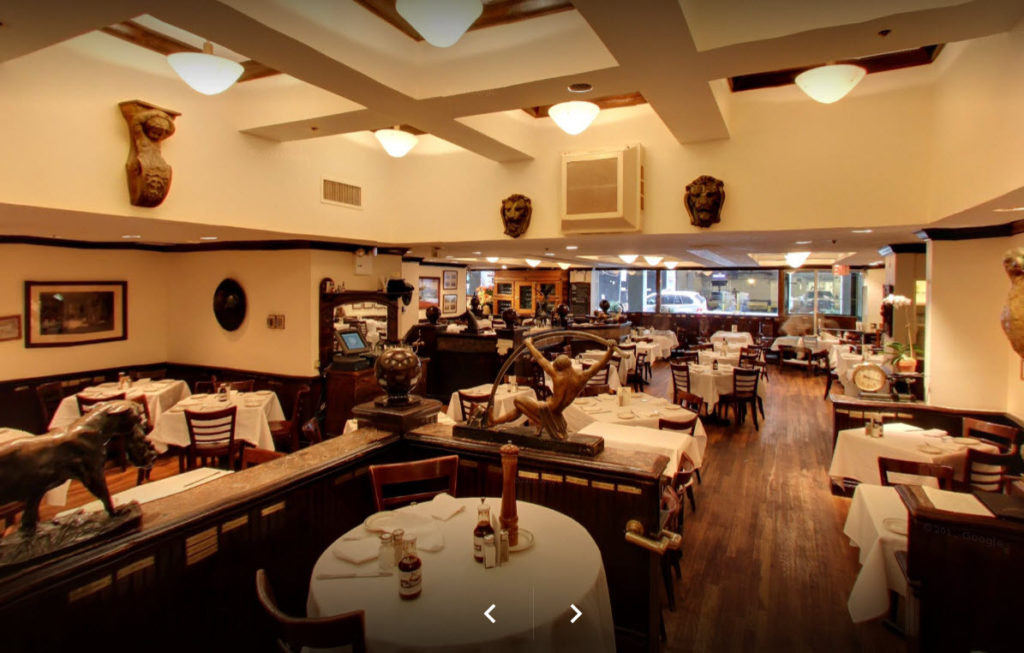 My wife read in the paper that Ben Benson just passed away. Ben was a friend of my father and an accomplished restauranteur. If you’ve ever been to a TGIF Friday, you’ve experienced some of his handiwork. According to Wikipedia, Alan Stillman opened the original TGI Fridays in 1965 as the nation’s first “singles” bar, sans Ben. After some success on First Avenue in NYC, he and Ben together opened Tuesday’s, Wednesdays, and Thursday’s, before starting Smith and Wollensky, an upscale steakhouse in the thick of the steakhouse region (East 40s) of Manhattan.

After the partners decided to break up in the early 1980s Ben found a killer piece of real estate in the Time Life Building where he opened his eponymous steakhouse. Poppe Tyson, who had done lots of work for Smith and Wollensky (saving the restaurant from closing with a single ad), helped Ben with logo design and advertising. And we ate a shit ton of steaks there. Hello atorvastatin!

One day as a tyro account handler I went to Ben with what I thought was a great idea. The idea was to give away to his best customers a Ben Benson umbrella on  days when unexpected rain storms popped up.  At the time a dry-aged sirloin steak retailed for about $30. The expense account lunches and dinners were often in the hundreds of dollars so I thought a $18 golf umbrella wasn’t out of line. Ben looked me in the eye, sample umbrella in hand, and asked “Do you know how many sirloins I have to sell to pay for that one umbrella?” The margin seared into his brain. And that really was the end of the conversation. I explained all free advertising, the good will, and the saved Brooks Brothers suits…he would not hear of it.

My lesson from Ben was a good one. Context. Context is everything when selling. I didn’t expect Ben’s answer and I should have. Good or bad, the business building idea never had a chance. Had I been prepared to undercut his margin question before he made his decision, the idea may have had legs.