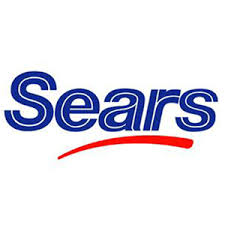 The saying “go big or go home” is easy to use when you’re a consultant, coach or pundit, but it often has negative repercussions.  My “go big” recommendation made to hemorrhaging Sears Holding Company nearly two years ago was to become the nation’s first Spanish language store chain.  Easy for me to say, I’m not trying to keep this huge, venerable one-time national treasure alive.  But this store is taking a pasting. All the new inventory systems, cash registers and ad campaigns in the world aren’t going to turn this brigantine ship around.

This suggestion is a huge move and a no-brainer.  Look at the demographics. I’m no economist, but becoming the first all-Spanish language (first) national chain, catering to 55M people (projected to be 128M by 2060) is more than viable, especially based when you look at the composition of employees and customers.  With new color palettes, cultural conveniences, food courts, and technology departments in densely populated Spanish/Latin zip codes, business will hockey stick. Roll in K-Mart, rename it El Sears or something, close a number of stores, and you will be profitable, albeit smaller, in a number of quarters. Como se darlings of business press?  Sears Holding Company, can you see beyond the dashboard?  Peace.

Steve Poppe - July 1, 2008
0
Steve and Barry’s University Sportswear has been on my radar for years. The two founders, Barry Prevor and Steven Shore, broke some rules and used...