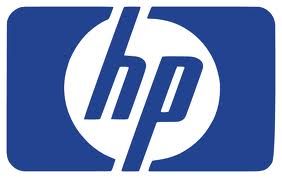 Hewlett-Packard is launching a new ad campaign today for the TouchPad tablet and it sounds rather messy.  I read about it in The New York Times ad column and hope it’s just poor reporting. The story was written by Elizabeth Olson.

That is a lot of stuff to convey.  If you have to say 5 things, you’ve said nothing.

The NY Times story starts out talking about a new commercial with Russell Brand. I’m feeling it.  A little old school, but I’m feeling it. Then it says there are executions with stars from iCarly and Glee. The future holds spots/vids from Lebron James and Jay-Z and Lady Gaga did some work in May but has not re-upped.  Add to that, all the social media contests (100 free TouchPads) and Twitter tchotch and you begin to see how it’s going to be hard to find the idea. Goodby Silverstein is a great  ad shop, but it doesn’t sound as if it hasn’t corralled this herd of goats.

My head is spinning.  I hope it is just a lot of info, not well organized, by a reporter from another newspaper beat. And I’m no Leo Apotheker. Peace!

Oatly. In a Fallow Field?

All the Work… in Just a Few Words.

Steve Poppe - May 21, 2010
0
Joel Ewanich landed at GM with guns blazing.  GM’s new marketing head left a similar job at Nissan without having been there long enough...