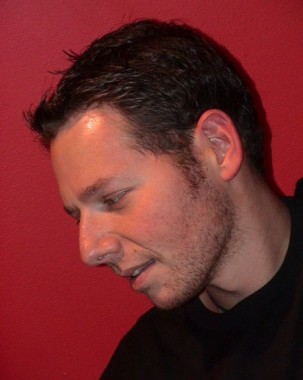 Joseph Jaffe, founder of Crayon, spoke last night at the Brandhackers Meetup in New York City. He was quite good.  His third book, coming out February 9th with a title having to do with inverting the funnel, is based on the premise that loyalty is the new acquisition which sounds not only smart but profound.  Mr. Jaffe’s current book Join The Conversation is wonderfully named and one he referenced a number of times. What was ironic about the talk, though, was that it was just that — a one-way talk.  There were a couple of shows of hands at the beginning to engage but at no point during the event did we actually engage in conversation.  Where’s the Kool Aid at?

That aside, Mr. Jaffe was very good at demonstrating how the times have indeed changed. He showed a slide of campaigning Barack Obama in Berlin — a fly speck in front of 300,000 or so admirers.  When a close up of the Berlin crowd was shown, Mr. Jaffe pointed out that every person had a camera in hand. Every one. A few had video cameras and one individual was webcasting using a laptop.  Talk about sharing the love? Conversation starters to be sure.

Mr. Jaffe made many good points but the one that resonated the most for me was his summary point #3, “Everything starts with strategy.” What pushed strategy to #3 escapes me, but his notion that campaigns come and go but a “commitment to the brand” (idea) is the way forward sealed the deal.  Read Jaffe.  But better yet, have a conversation with him. Peace!

Steve Poppe - June 10, 2010
0
In Charlene Li’s new book Open Leadership (which I have not yet read, but will), one of the premises is that leaders who really...