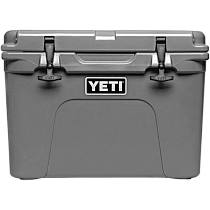 Say it ain’t so Yeti. You are not really opening up more and more retail stores. It sounds as if you’ve been bitten by the success bug and it could be your undoing. Yeti is a very cool brand name, which I first came across on my handlebar grips. It seems there’s a mountain bike company by the name too. Yeti coolers are a gold mine. Now a public company with board members hungry at the trough, Yeti is looking to grow faster than the laws of nature allow. Hence, retail stores.

The problem is that Yeti is a sales handgrenade for Bass Pro Shops, West Marine, Cabella’s, REI, and Dicks Sporting Goods and an assortment of mom and pop and chain hardware stores across the country. Let’s not even mention Amazon who accounts for 30% of Yeti sales.

These channel partners built displays around Yeti products. Moved prime store real estate and displays around to help build excitement. These partners were your biggest fans. Now you’re trying to take traffic and sales away from them. Yo lo mistako.

It reminds me of when Krispy Kreme changed its channel strategy and started flooding the market with product. “Pick up your cold donuts at the gas station,” was the big growth idea. IPO- and CEO-driven initiatives.

Yeti has a great product but they’ve taken their eyes off the ball. They are going from underdog to over-dog, and their biggest fans will be leading the way.

Steve Poppe - February 15, 2010
0
“Fall forward fast” is a marketing maxim many have followed with great success. Be bold, be quick, correct as needed. It’s a fist-mover approach...