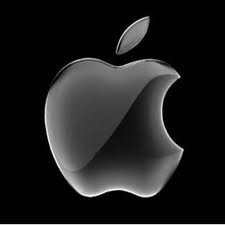 Apple needs a shot in the arm.  I’m not talking a Lee Clow/Steve Jobs image campaign, I’m talking a new breakthrough product. Actually, maybe a Lee Clow ad campaign directed internally at employees wouldn’t be such a bad idea. Something to get designers and engineers jazzed up.  Where the innovation at? Where’s “What’s next?”

Tim (O’Brien?), no Cook…that’s right, needs to stir up his people and get them looking beyond the dashboard. When lagging Chinese sales of your flagship product is the news of the day, the luster is off the Apple. Come on girls and boys, design shit. Shit that will change the clothes we wear. (Things we carry? Hee hee.) The furniture we buy. The mobility we employ.

Apple is not known for reacting. It is known for acting. Let’s boogie Tim Cook. Dark side of the moon stuff.  Apple TV ain’t it. Apple cars ain’t it.

This is the earth’s brand. More Musk, less tusk (as in elephant).

The next selling app.

The next selling app.

Steve Poppe - June 26, 2013
0
In Berlin, they are taking the car-rental-on-demand thing to the next level. In Berlin you can use a smart phone app to find a car...