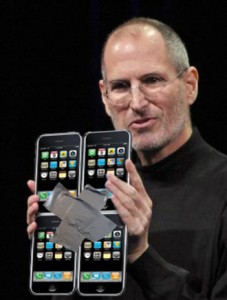 Wanting to tune into the Apple iPad press conference yesterday I spent time toggling between live.twit.tv and one of Robert Scoble’s video feeds. It was certainly better than nothing, but considering this day and age it was pretty prehistoric. Video reboots, freezing, hippopotamus grunts, feedback, poor screen grabs aplenty.

After about 20 minutes I blew it off and brought the car to “Tony, Park Avenue.”

The event was reported to have slowed down Twitter, gobbled up lots of bandwidth and, stirring though it was, was not nearly the event for outliers it could have been.  So, as a PR event it was a fail.

A couple of weeks ago, Mr. Scoble was allowed into the Google Phone launch event and though there were some hiccups, it went much better. He streamed from his laptop. The audio was good, the video okay and the overall experience rewarding.  But had both these events been on television, the experience would have been perfect.  Were they both streamed over the net with the right software and load balancing, they would have been close to perfect.

Steve Poppe - May 1, 2008
0
I posted yesterday about predicting the future, well here’s one. It may not be the next big thing but it’s coming. There are a lot of...