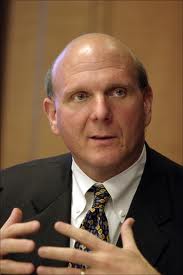 I don’t know what’s more exciting, the democratization of much of the Muslim world or the technology end game about to be played by Microsoft, Skype and Google. Exciting times, these. Telecom minutes have always been a discrete part of the technology business but if Microsoft buys Skype – not so much.  We always knew voice calls were data calls…ones and zeros flying over T1s, Cat 5 and through the stanky air we breathe, but Microsoft is about to make a bold move by merging these different revenue streams and it ‘s going to change the leader board.  Welcome back Larry Page. Dive. Dive. Dive.

I would love to hear what the shmarty pants Gillmor Gang has to say about this one. (Go ahead, pick a side.)

Here’s what it looks like from the sun porch in Babylon.  Google, already suffering from a “culture of technological obesity,” will now want to get more involved in the minutes of use (telephone) game.  They won’t want to cede it to MSFT.  Google has the algorithms, the servers, money and brain power to do it. They will probably want to continue to build rather than buy. And this effort will take their eye off the search ball.  Microsoft, with its SharePoint software, server farms and communications server experience will have a head start after the purchase of Skype. And let’s not forget the Nokia deal. (Ooh, I can’t stand up.) When the Nokia deal kicks in and Windows for Mobile starts spreading (especially at the lower end of the market), we are going to see a mad redistribution of wealth in tech.

I have occasionally thought that Steve Ballmer’s fits and start with various devices and side businesses – the ones that failed – were just a learning game preparing him for a huge move against Apple and/or Google. He got some stink on him, no doubt, for that bold game but are we beginning to see a little smirk emerge on his knowing face?  Stay atuned. Peace!

The Rending of HP.