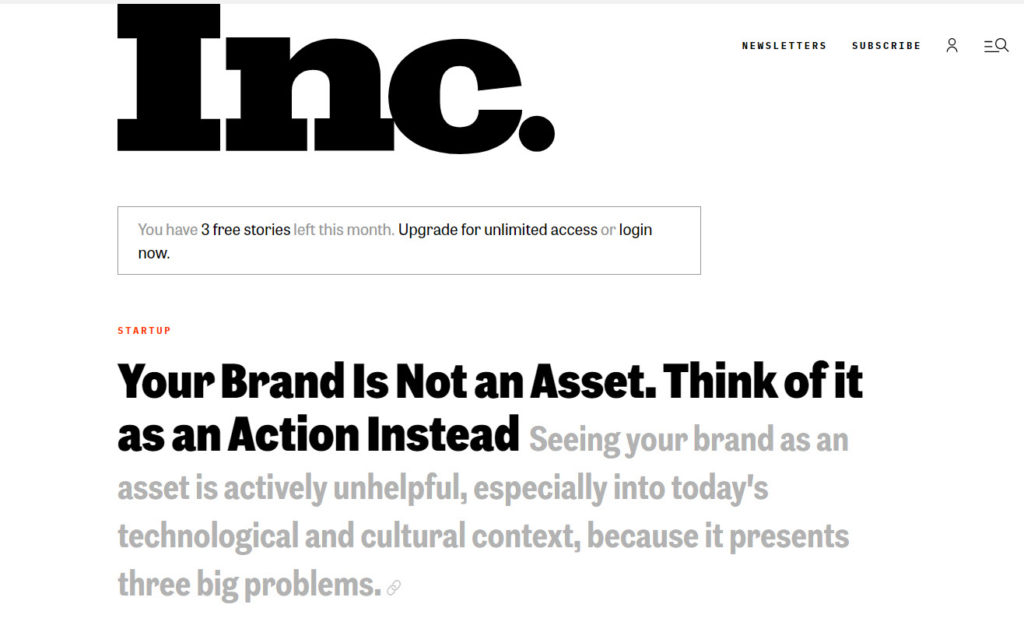 Neil Parker, strategy head at Co:Collective in NYC is a likemind. That is not to say we are peers. The dude is a rock star. I’ve been trying to get a meeting with him for 15 years, and did get a lunch with his boss, but Neil has higher standards. Hee hee. Enough grousing. Neil just published this article in Inc. and it’s sooo smart. His thoughts on treating brand as verb not noun – as an action, rather than an asset – is spot on.

At What’s The Idea?, that’s why we deal in strategy. Because strategy is an action plan. Action, evidence and promise-delivery are how one builds a brand. And that’s Neil’s point. You are always building, not extracting, value.

Marilyn Laurie a storied AT&T marketer often talked about “making deposits in the brand bank.” One could infer this means creating value to be extracted in the future. But we are not in the extraction business, we’re in the brand building business. When I worked on AT&T in the glory days, we had a three-ring binder of products and services that delivered on the brand claim. I called them proofs. This book grew by day. By hour. Because, and I bet you could see this coming, actions speak louder than words.