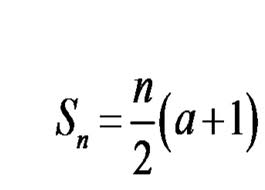 When is faster not faster?  And when does modular, formulaic construction create an inferior product?   The answer is in marketing communications. Here’s how this shizz should work.  After all the money discussions are complete, after the bosses shake hands, and proprietary company information is exchanged, someone with strategic  bone at an agency should write a brief.   Brand brief, creative brief, project brief, call it what you will. If there is not a strategic idea within the brief that feels right (and I do mean feel), that inspires pictures and music in the heads of the creators and developers, then the brief is poor and should be rewritten.

Once a brief is right and approved (and be prepared for some fighting, fear and diplomacy), only then should creative work begin. A tight brief is the fastest way to good work. For those who like metrics, a tight brief gets to approved work faster.  Approved work gets produced faster. Produced work gets seen faster. And organized, singular work – be it banner, website, promotion, direct, promotion or advertising – gets acted upon by consumers faster.

Where the system breaks down is when the strategic idea is unclear. As creators of marketing deliverables become more process focused and less idea focused, as they become more formula driven, the work suffers. Formula replaces the cerebral cortex when creators are uninspired.  I wrote a brief for a friend’s commercial maintenance company that took some real digging.  The brief likened his operation to that of a team of Navy Seals.  That’s who they were.  That’s who they will be. The company is  “fast, preemptive and fastidious.” That’s a plan creators can get behind – without formula or module. That’s brand design. Peace.

Oatly. In a Fallow Field?

All the Work… in Just a Few Words.

Steve Poppe - May 23, 2012
0
I like to write about trends that impact marketing. One such, is the craft economy. It’s an exciting movement that is slowly taking hold...