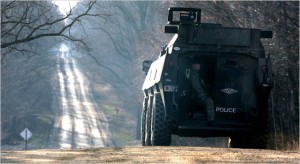 CNN is tanking.  Its ratings are down. Its ad revenue is down. Fox News is eating its dinner. When I think of CNN I think Wolf freakin’ Blitzer.  Ask a middle age woman in the grocery store about CNN and she’ll likely say “Oh, that Anderson Copper.”  Ask your parents?  Larry King.  Ask a kid and the response will be “Isn’t that the Vampire Diaries channel?

CNN is at its best during crisis.  It is where people turn for the best coverage. That is where I went to watch the Tsunami not bear down on Hawaii.  CNN is the place for serious news, yet it has seemingly lost its way.   It must stop playing around with Twitter and touch screens and interactive maps. Most of its reporting takes place in the studio.  CNN needs some youthful exuberance. If Mark Zuckerberg can help found a bazillion dollar company, CNN can find some young interesting news junkies to rove the planet and kick up a story or two.

Here’s what management needs to do. Conduct market research among the next generation of news consumers –twenty- and thirty-somethings. Find out what they want, and don’t tell me a mobile news app.  Search for some rock star passionate journalism school kids hungry to make a better world.  Give them jobs.  Don’t go the eye candy route, that is so 1970s.  Hire Nicholas Kristof as a consultant then shutter the studio for 3 weeks and take CNN on the road.  Set up a remote desk on the back roads of Militiagan or Lubyanka subway station in Moscow. Fire a suit and hire a camera person.  Fire an accountant and hire a sound person.  Find the news to make the news. Take back what you once so proudly owned.   Peace!

Steve Poppe - January 20, 2010
0
In Jaron Lanier’s new book “You Are Not a Gadget,” he discusses how the Web has spawned an almost mob-like behavior favoring Pasters (those...