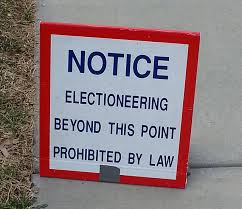 Words and labels used in politics can have a huge effect on voters.  Let’s look at a couple of polling words first.  Demographic pollsters are still using “suburban housewives” as a tag for some non-urban women. My daughter is having a baby in March and she has spent the last couple of months nervously looking into child care, well in advance.  She’s an earner and would probably be insulted by the label.  And then there’s ever-present polling reference to Donald Trump’s base called, “white non-college educated voters.”  Back in the day they were called blue-collar voters but that wasn’t specific enough. Some pollster had to tighten it down by declaring them sans college education. Blue collars built America. I’m not a fan of labels.

And there were other words used as weapons to garner votes. “Socialist” was worth millions of republican voters. Certainly, by the greatest generation and Cubanos.  “Socialized medicine” became a rallying cry. As did the word “Choice” in healthcare. You will lose you choice of doctors. Democrats countered socialized medicine with the “Medicare for All.” A term offering very a favorable contextual construct. Who can argue with Medicare?

There will always will be lots of marketing going on in electioneering. Some good, some bad, some just mean. The media needs to be careful with all of these labels.

A Loose Assemblage of Tactics…

Steve Poppe - October 13, 2020
0
I was doing some reading on the Amazon brand strategy and came across a nice piece by Shah Mohammed. Using Shah’s piece, here’s what...