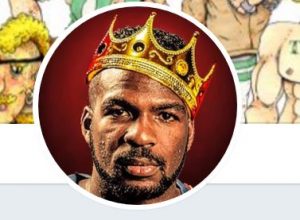 So I don’t know if you follow Michael Rapaport on Twitter but the actor turned social commentator has used social media to quickly establish his brand. Marketers and brand managers can learn from him. (Save for the F-bomb every six words.) Actors are like tofu. They’re as good as their craft and roles. Mr. Rappaport is best as an actor when doing irascible characters; but because he’s an actor, you expect he can do milk toast if need be. It’s all acting after all.

On Twitter he Real. The real Michael Rapaport, albeit with a fun gangsta flourish.

I tell clients different social channels are for different things. Facebook’s for friends. LinkedIn’s for work. Instagram for one’s artistic self. And Twitter for the full-on personality. Well Mr. Rapaport uses Twitter right. It has quickly defined him for me. In a week or two.

His Twitter pic is an image of Charles Oakley sporting a crown.  He tweets about St. John’s basketball. He rants in his car about Trump and he hates haters with the best or them. He defends where defense is needed. And he’s funnier than shit.

I learned more about Michael Rapaport in 10 minutes on Twitter than I would in years of watching Access Hollywood or reading journalist magazine accounts.

Brands can establish their personality on Twitter. Fast. They just have to dedicate time and work their brand strategy (one claim, three proof planks,)

Steve Poppe - September 20, 2016
0
Automobile accidents in America have reached their highest points since 2008. Why, you might ask?  I suspect it’s because of mobile technology. Texting, downloading,...