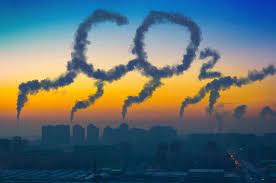 On its homepage today Google promotes it is Carbon Neutral since 2007.  I believe Google. But I also Googled “Google’s carbon footprint.” The result?

“Google unleashed 12,529,953 metric tons of CO2 into the atmosphere in 2019. That’s roughly equivalent to more than 2.73 million passenger vehicles’ pollution in a year.

That’s a lot of nasty gas. The fact the company has been carbon neutral since 2007 doesn’t mean they aren’t releasing CO2, it just means they are buying carbon offsets to minimize their CO2 pollution until they can meet their 2030 goal, stated as “We’re decarbonizing our energy consumption so that by 2030, we’ll operate on carbon-free energy, everywhere, 24/7.”

Being carbon neutral or, better yet, zero carbon is the goal of planetary health. Google gets that. But their server farms are causing greenhouse gases like few others. The good news is they want to fix it. Buying carbon offsets until such a time as they can actually power their farms with renewable energy is laudable. But for the next 8ish years, it’s still a spew-fest. And the globe is warming.  I would not be surprised to see parent company Alphabet get into the energy business. If they are listening, a topic for another day, I suggest they use the next 8 years researching and developing renewables. It’s a better near-term mission than colonizing Mars.

Steve Poppe - August 10, 2010
0
Ford is a wonderful marketing story – following years and years of big car stasis and poor management it has begun down a colorful...