J.C. Penny has hired Ron Johnson, Apple’s head of retail, as its new CEO. The goal is to capture some or Apple’s retail magic in s bottle and pour it on the top floor of J.C. Penny stores and hope it dribbles down the escalators to the main floor. Past the jewelry counters, bread mixers, faux leather jackets and J.C. Penny house brand jeans. Don’t get me wrong, I am an optimist by nature.  Brand planning is all about positivity and change.  Even heavy Domino’s Pizza type lifting, but this one feels like it will need Microsoft money to accomplish. 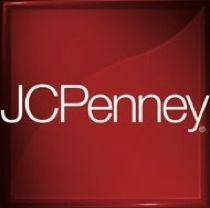 Michael Dell who also practiced his marketing ju-ju in Plano, TX, but has had a hard time of late, would agree.  A J.C. Penny retail makeover is quite a challenge. The articles about Mr. Johnson’s hire talk about innovation…but innovation is not a word that can be slapped on a product label. Apple’s innovation began in R&D, in the labs, in the culture and resulted in some fine-ass products.  Penny’s innovation can’t come from pricing, or salespeople, or the merchandise sets – it has to come from something much deeper.  I suspect Mr. Johnson, as excited and smart as he is, may be the wrong tool for this job.  I hope he proves me wrong, because it would be exciting to watch.

A while ago I suggested Sears reposition and become El Sears, catering to the Spanish and Latin communities. (They didn’t listen. Give them 7 years.) J.C. Penny needs to focus on innovation it has a stomach for…and its consumers have a stomach for.  This move may actually be “the idea to have an idea,” but not the idea itself.  RIP Dick Kerr. Peace!

A Tale of Two Salespeople.

Brick and Mortar Reopening During Coronavirus.

Steve Poppe - February 28, 2014
0
“All Spanish all the time” is the business strategy I have recommended to Sears in this blog a number of times. Once again, quarterly...