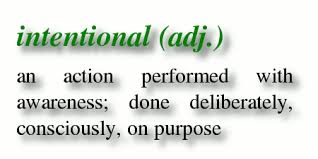 Oy.  Sorry if I come off as crabby sometimes. I know, I know, life is too short to sit around finding fault with stuff – jesus (lower case j). I live in a town that really cares about sustainability, common sense culture, and egalitarianism.  Also, health and planet. All really good things. But I’m originally from NY and come with a built-in bullshit gauge. And trust me, I’m not saying anyone in marketing who uses the word “intentional” is a bullshitter. In fact, I’d probably like them and want to do business with them over the majority of people. But certainly, we can be intentional without haling it.

As for Authenticity, another marko-babble word that has long irked me, it too has to go.  The only people who talk about authenticity are either the inauthentic or obsessed with it – and that’s a bore.  Let’s just be authentic, shall we?  As in not bullshit. As in be a normal person.

Brand planners are the first to point out the common. And fight against it. When I wrote “For Doers, Not Browsers” for ZDNet back in the day I was fighting the common. Deep down it may have been a commodity claim but it certainly was packaged with sauce.

Let’s stop talking about intention and authenticity and as the anti-gun people are saying “Do something.”