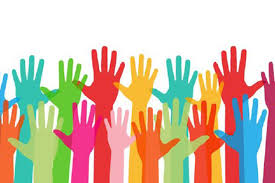 When comparing the new (multiparty) Israeli Parliament with that of the (2 party) United States congress one can see how democracy must use compromise in order to work. If you think it’s hard to make decisions with two parties, imagine ten. When nobody really gets what they want, people are more apt to think harder. And be creative.

Speaking of democracy, is there room for it in brand strategy? My gut and sharings over the years lean toward “no.” You are either on idea or you are not. And as Marilyn Laurie of AT&T lore has said “You are either making deposits in the brand bank or withdrawals.”

But, if using the What’s The Idea? framework for brand strategy (one claim three proof planks), you really do have room to compromise. Granted, the claim is the claim and that’s pretty binary. However, the proof planks are real brand building blocks and they do provide a level of democracy.

Back in the day, working on AT&T’s business services, the plank for innovation worked against that of competitive price. That is, as attitudes increased that AT&T was an innovator, the competitive prices attitudes sunk. Hence, these different “parties” has to be monitored, metered and planned to maximum effect.

Can Brand Strategy Enculturation Cause Disruption?

Steve Poppe - June 12, 2018
0
Here’s an exercise for brand planners. I read this morning that when president Richard Nixon prepared for a summit in China to meet Mao Zedong,...