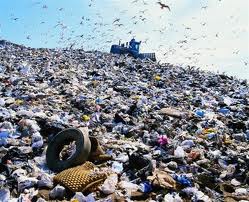 I love the internet and most everything about it. It’s a transformative technology changing the planet at light speed.  One thing I wish it would do more of (IBM) though, is reduce waste and distribute things earmarked for landfill to those in need.  The web is great at minimizing the space between buyers and sellers but imagine if its powers were used for such non-profit activities like feeding the hungry or providing used furniture to kids moving into apartments.

The people who developed Stub Hub and some smart urban planners from the city of NY should combine efforts to create a way to distribute day old food that would normally be fed to the gulls in Queens, Staten Island or hovering over barges. It may sound like a no brainer, but I suspect it’s a logistical nightmare. (Can you say sign a waiver?) It is worth doing.  Just ask City Harvest.

The amount of good food that is thrown away in NYC every day, probably weighs in excess of 100,000 pounds.  That weight has to be picked up by sanitation and carted away using trucks and gas. The same with old furniture.  When families lose an elder parent, houses have to be purged and lots of stuff is tossed in haste. Valuable stuff.

Here’s a solution for a small planet, let’s try to redistribute good things to people in need, not the landfill. The web can be the logistical tool to bring parties together. Mayor Bloomberg, this is your new 311.  Start small and scale. (Google would be an excellent partner.) Peace!

© Newsmag WordPress Theme by TagDiv
MORE STORIES
Steve Poppe - October 1, 2009
0
Penske. If not today… I was very sad to read Roger Penske has dropped his plan to buy the Saturn Corporation from General Motors. My...