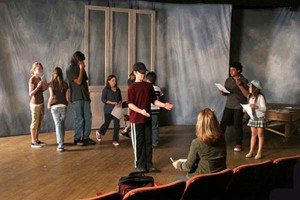 Acting is an interesting thing.  Big name actors who don’t have the luxury of being able to hang with “regular people” often have to study them, so they can get into character.  When in character, these actors become the regular people they mimic.  The more regular, the greater likelihood of acting awards.

Have you ever seen a friend, acquaintance or family member act in a movie or on TV?  They come across as stilted, odd and, well, like high school actors.  Clearly, they are just not being themselves.  To the rest of the world they may be doing a fine job, but because you know them – they’re acting.

Marketers and their agents, when creating advertising, are like actors.  They create meta worlds for selling. Even when they are doing case studies or live consumer capture testimonials.  Ad agencies are good at telling stories, making people smile and warming a heart or two, but consumers know it is still a form of acting.  That’s why year after year, “word of mouth” and “advice from a friend” win out in terms of product influence.

Brand planners attempt to take acting out of the equation. We try to get to the real. The truth.  The closer the story teller gets to real, and away from acting, they closer the consumer can get to brand promise.  Keep it real, me friendlies!  Peace.

Steve Poppe - March 27, 2012
0
We love symmetry in our lives. We love it on our design. In our music. Symmetry is balance. Order. Brand planners like order and...