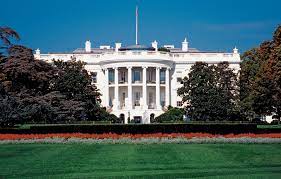 Build Back Better was an example of a piece of failed legislation that tried to do too much. So much so, I can’t even begin to recite all its components. In brand strategy, this is an example of the “Fruit Cocktail Effect” where so much is going on it all blends together in one sugary mess. The GOP looked at this sugary mess and countered with “too much taxpayer money leads to a deficit.” That’s one thing. And the GOP won.

The packaging the climate bill as the “Inflation Reduction Act” was an example of good branding. Even though the climate bill had some pharmaceutical tidings and tax legislation, it was all arguably a way to collectively reduce climate change by investing in new energy technologies that will lower inflation. Smart logic.

In my realm, marketers who want to position around too many values miss the mark. At What’s The Idea? I counsel clients to load up on one macro claim and support the hell out of it with three proof planks. That one idea, three proofs.  It’s the antithesis of the “Fruit Cocktail Effect” giving brand managers and consumers a clear understanding of a brand’s business-winning marketing strategy.

I borrowed a lot from pedagogy and politics for my brand strategy framework. The Inflation Reduction Act shows evidence of someone in the White House finally paying attention.