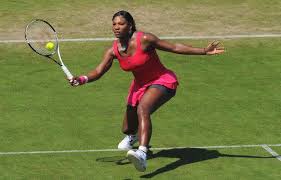 Writing my post yesterday, I realized a tendency to be a little “teachy” and “preachy.” My written work needs more examples. I will attempt to do so. There are lots of example in the old brain, they’re just not near the top of the flotsam.

A big part of my brand and strategic planning rigor revolves around claim and proof. Most marketing is 80% claim, 20% proof. It’s the boast, boast, boast and hope, hope, hope people buy school. I’ve built a business around understanding, prioritizing and bringing to life “reasons to believe.”

Google is, and has been, a kick ass company. In a world where youthfulness is lauded, Google loves the metaphor that they aren’t really grownups yet. The company I’ve dinged for its “culture of technological obesity” recently brought on board Ruth Porat as chief financial officer. Ms. Porat, whose previous position was head of Morgan Stanley’s Financial Institution Group, is a reason to believe Google is taking its financials serious. A brilliant move. Google announced “its first margin expansion in over 5 years” and showcased Ms. Porat in its earnings call last week and company value grew $60B in market capitalization the next day.

Don’t underestimate reasons to believe. Hunt them down and volley the shit out of them (tennis metaphor). Peace.

The Future of Sales.

Steve Poppe - September 22, 2015
0
Does anyone want to bet the cars we drive today will be the same as those that will transport us in 30 years? I don’t. Apple is not taking that bet. Seeing the future is hard.