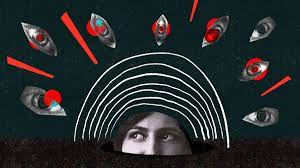 Brand planners pay close attention to popular culture in an attempt to massage their ideas and selling schema into it. One hugely impactful, popular cultural construct today is demand for disinformation, especially related to politics and conspiracy.

Bad advertising shares commodity claims with little proof. “Fred Anderson Toyota offers the best customer service,” for instance. Is that misinformation? Prolly. Multiply that by 100,000 and you begin to see why consumers are not real believers in the craft. But in today’s environment, uncover a little conspiracy and you have a person’s attention.

In a recent strategy written for a potty training company, I uncovered a conspiracy worth hundreds of millions of dollars. Diaper companies were productizing and strategizing ways to keep children in diapers longer. And it worked. Fifty years ago kids were out of diapers by 18 months. Today it’s closer to 36 months.

Manipulative, greedy marketing is the worst type. People don’t want to be pushed around.

We are still up to our asses in diapers (hee hee), but this conspiracy has gotten more than a few mothers angry and we’re moving in the right direction. Truth Well Told.

Not every advertising and market campaign can be a movement, but it won’t hurt planners to dig a little deeper and give the people the drama they crave.

Steve Poppe - November 2, 2011
0
McCann-Erickson’s “Priceless” campaign for MasterCard is arguably one of the most respected credit card campaigns to come along in decades.  “It’s everywhere you want...