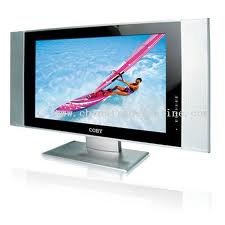 There’s a big media conference in NYC this week and attendees and reporters are surprised to learn that TV viewership is growing. One conference attendee said:

Another chimed in, “TV will be adding about half of all growth next year.”

The web ad market is growing for shizzle, but the 30 second spot is not dead (Joseph Jaffe).  In fact, the Super Bowl is kind of off the charts. Another conference attendee suggested TV is growing because of the need for viewers to have something to Tweet about or post on their Facebook pages. Yah think?

The fact is, TV programming is just getting better. The networks are working harder for our eyeballs. The Emmy bookcases at CBS, NBC, ABC, FOX are not growing as they once did thanks to cable properties such as Sons of Anarchy, Breaking Bad, Mad Men, Chelsea Handler, Men of a Certain Age, etc. The big networks are beginning to pay attention — feeling the fire. As Eddie Vedder might say “It’s evolution baby.”  Weed out the weak genes in favor of the strong.  Won’t be long now and reality TV will start to secede from the union. Peace!

Steve Poppe - August 4, 2011
0
NYC’s Mayor Bloomberg is doing something really noble, it was reported today. He is spending some of his personal foundation money to help black...