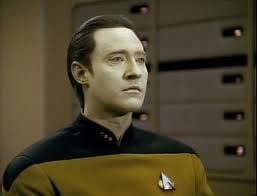 When hired as director of marketing at a company selling interactive whiteboards and professional development to the K12 education sector, I was very excited to build a department for the new digital economy. We already had digital peeps: a coder, a manager, an applications developer, all of whom were smart and proficient.  Also, they were excited to learn how to use the web for marketing good.

One of the things I wanted to introduce to the department was a data nerd. It was in my plans but not a top priority — not until I got the brand plan right. And not until I had begun the process of enculturating the company (and especially the marketing and creative dept.) with the strategy.  The company, BTW, had over 100,000 records of past customers, with which it was doing nothing. The records were in various forms: paper, Excel, SharePoint, and a few other databases. This was an asset I’d seen at very few companies of this size. The nerd, was to be the cherry on the sundae.  Didn’t happen, my failure, and the company suffered.

My first data nerd was a grandfatherly scholar at a huge health system. He was the “insight” that drove the brand strategy. He once told me in the catchment area surrounding one of the system’s more up-market hospitals, 50% of the woman gave birth via C-section. Come se convenience?  There was little this dude didn’t or couldn’t know. And he is still killing it 15 years later.

All big dog marketers get the data nerd concept.  When SMBs get it and invest in it, there will be an amazing whoosh in marketing effectiveness. Now, wash your hands an make me another 2 for 1 Tweet.