So the Federal Trade Commission can squash the proposed merger of Staples and Office Depot, whose collective asses are being kicked in by Amazon (over the last two years the two office supplies companies have been forced to close nearly 600 stores), but they say it’s okay for Anheuser Busch InBev to rename Budweiser beer “America” for the summer??? 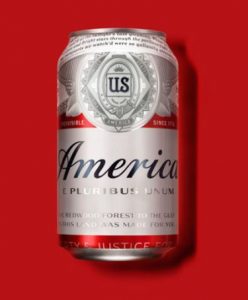 I love America and I love Budweiser, but this idea crosses the branding line for me. Not that I oppose it – let’s see what happens… what the hell. I just think it’s a bit sketchy and too commercializing. It’s also too easy. Also, for those of us who stop and take their hats off whenever we hear the Star Spangled Banner, it may be off-putting and have a negative effect.

America is not a brand. And that’s the point. For the FTC or whomever to allowed this promotion to happen it’s a rookie mistake. Even for a young 240 year old.

Steve Poppe - February 4, 2013
0
There’s a neat article in the NYT about cable TV channel FX. John Landgraf, president and general manager of FX Network, is given a...