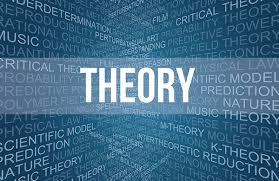 about the promotion of Parag Agrawal following Jack Dorsey’s step down as Twitter CEO, the NYT referred to Parag as “…having stood out for his strong skills in math and theory. If you are good at the theory, you can have the ability to be analytical, to reason, to make decisions.”

Math and theory or science and theory are also critical competences of a brand planner.  The science part is unquestioned, but often underdeveloped. That is, we are all supposed to create strategies that predict success. Be it in sales or preference. That’s science. Finding replicable “if/then” equations.  But theory — theory is where brand planning gets a little dicey. The abilities to be “analytical” and to “reason” are critical but the ensuing “decisions” or last mile are the planner’s secret sauce.  And that last mile often lacks science. Planners, you see, talk about science and art. While the science may be right the art can derail it.

Rather than provide science and art in brand strategy, I suggest we provide a science and theory strategy…and leave the art to the creative peeps.

I love when I hit a creative triple or home run. It’s not my job. Science and theory are my job.

Brand Strategy With A Limited Menu.

Steve Poppe - January 8, 2019
0
I was reading some marko-babble on a research company website the other day and my bullshit meter went off. The sentence that woke it...