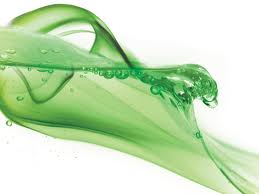 So my friend Mr. X, who is a great ad and idea guy, is telling me about a goob (short for goober) he worked for a few months ago. She had a presumably well-paying job at an ad agency  but he could tell she was an empty suit.  Said boss once mentioned to Mr. X, with whom I’ve had a strategic donnybrook or two, that strategy is not that important.  “Strategy is fluid, Mr. X” she said imperiously. Now Mr. X might stray from the brief every once in a while in an effort to perk up an idea – but he giggles over the fluid notion.

Strategy is not fluid.  But WTF, I don’t know everything – so I posted the question on the account planners group on LinkedIn.  The response seems to favor the fluidity side of the argument, though primarily in nuance and interpretation. It seems fluid is a pop marketing word these days.

Marilyn Laurie of AT&T marketing fame once talked about her brand as a bank.  You are either putting deposits in the brand bank or you’re making withdrawals. Well, here’s a fluidity question:  If you don’t have a brand strategy, clearly defined, how will you know what’s a deposit?  Riddle me that. Idea and planks.  Aka claim and proof. The organizing principle of brand strategy. Peace!

Steve Poppe - January 4, 2018
0
I’ve done a good deal of brand work with startups.  It’s not the easiest work but it is exciting because a great deal of...