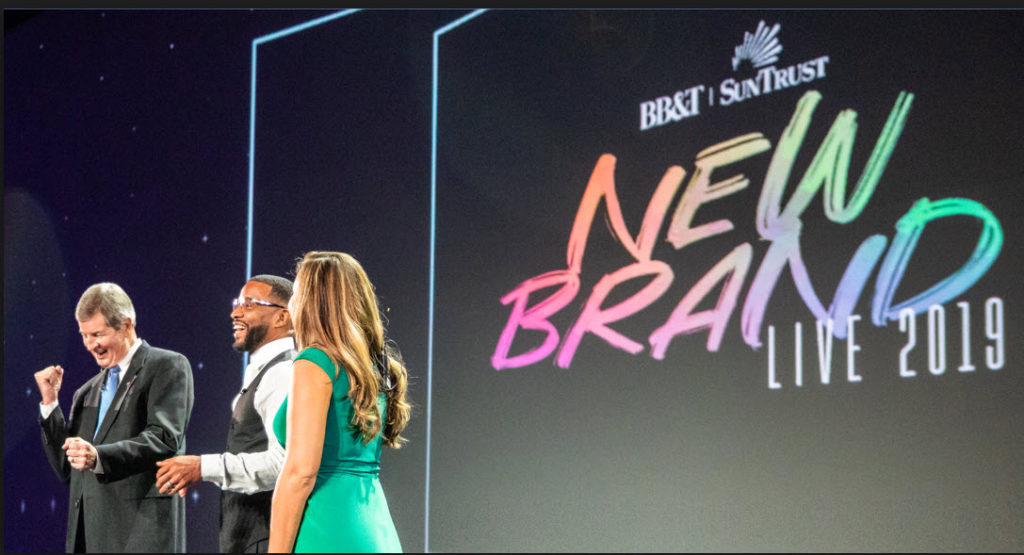 First impressions in branding are important.  I once heard a young woman say she knew she was going to attend Wake Forest after seeing the front gate.  How’s that for branding?

In branding names are first impressions. Naming is hard but it’s so important. Just look at the name of the bank resulting from the merger of SunTrust and BB&T. Truist. What a cluster fork.  The name has been announced on the web. The video launching the name has launched. The video that sets the stage for the name change has launched. But the mark has not. Not as of this writing (6/25/19).  I was talking to a banker from TruePoint bank last week who told me the Truist name is in litigation by another bank with True in the name. Oops.  Trademarkia anyone? Maybe that’s why the new logo hasn’t been seen.

The Truist name has something to do with heritage name SunTrust. BB&T seems to have been jettisoned altogether. They would have been much better starting from scratch. Names are as much about the future as the past and if you’ve been paying attention to the news lately you’ll know the banking industry is moving. Moving more quickly today than in the last 100 years.

Truist is C team thinking. A miasma of team-think. The lawsuit may be the best thing that has happened to his effort.

Naming. And Breweries of Jackson County.

Steve Poppe - July 11, 2012
0
Refreshers is the brand name of a clear, cool new summer drink being offered up by Starbucks.  The two flavors are Cool Lime and...