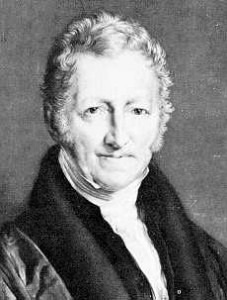 Have you ever picked up a magazine containing 200 pages and thought it too bulbous to read?

Steve Rubel in a post today suggests “Space on the Internet is infinite. Time and attention, meanwhile, remain finite. Therefore, Digital Relativity will become a major challenge.” In his book “Cognitive Surplus” Clay Shirky suggests “as more of us become content creators rather than consumers, it’s ushering in a new age of enlightenment.”

I agree with both sentiments, but also agree with Thomas Malthus in whose essay “Principles of Population” it is stated that overpopulation will stifle healthy planetary growth.  Says Malthus “The power of population is indefinitely greater than the power in the earth to produce subsistence for man.”

As the web grows as a source of all content with everyone and her brother becoming a content creator, will it not end up over-filled with the unimportant?  Will the songs of poor singers make it harder to find the Joss Stones? Will cartoon-like films bury the Coen Brothers?  The answer is yes and no.  Thanks to search engines, algorithms and relevance much cream will still rise to the top. But with too much content, it might be harder to find the gems. And, as is the case with the overstuffed magazine, it is likely that some may opt to not pick it up. There is an organizational opportunity here me thinks. Peace!

A Tale of Apple and Yahoo.

Steve Poppe - February 11, 2010
3
I’ve been writing for a few years, with great admiration, about Google and its amazing, transformative search tools.  Sergey Brin’s original vision “We deliver the...