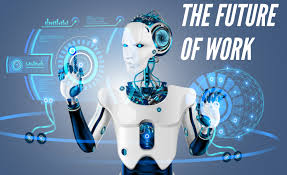 Less key strokes. Need a .com button on the keyboard. Better email (Facebook found some inefficiencies.) The masses seek order. Stand to the right on the escalator in highly trafficked parts of NYC. It’s a Fast Twitch World. Biggest news breaks on Twitter. MSFT works the way you work.

Implication for FOW: Usability, arguably a MSFT weakness, can be made into a positive thanks to real demonstrations, e.g., One Note, Printing from the cloud, Windows 7 Mobile Hubs vs. Apps.)

Most of this still holds up. There is a .com button on my mobile now. We are finding keystrokes replaced by voice commands. Slack, as an online business tool, has advanced ergonomics though it still hasn’t penetrated the way it should (and will). That said, Microsoft reported daily use of Teams has reached 44M, the spike for which can be partially attributed to the corona virus.

There are very few workers who want to work with more friction. Water runs downhill. As was noted in the first post on the Future of Work, consumer apps have outpaced business apps when it comes to innovation; businesses still have a way to go to improve the ergonomics of work. There has been some incremental positive change, but not enough.

Steve Poppe - March 25, 2020
0
Today we look at the third insight developed in 2011 for a JWT/Microsoft project to see how it weathered after all these years. Insight...