I was just listening to a radio commercial for lawn mulch.  The main idea the commercial was that a person got a delivery containing nails and other foreign thingies. A start.

But then two copywriting issues.  One was the line “all bark no bite” which seemed to play to the aforementioned purity point. And another tagline sounding ditty: “You can see the difference.” Or something to that effect.

First, I have no idea who the company was, so the commercial failed immediately. No brand or name recognition. As mentioned, the heart of the ad was the offer of clean mulch — a problem I didn’t know existed. But at least it’s a believable problem. As for “all bark no bite” it sounds fun and tips its hat to the strategy, yet what does bite refer to? And lastly, the idea of mulch for which “you can see the difference” is silly. A waste of words. All mulch looks the same. Colors may differ but that’s it.

This is an example of a copywriter without any sales skill. Perhaps a radio station copywriter doing spots by the pound. Tossing out copy poems. 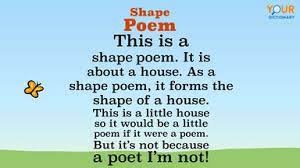 Ask yourself what’s the idea?  Build a story around the idea. Prove the story claim. Then get credit for the idea by repeating your name a few times. And a few more times.

Think Before You Type. People Are Listening.